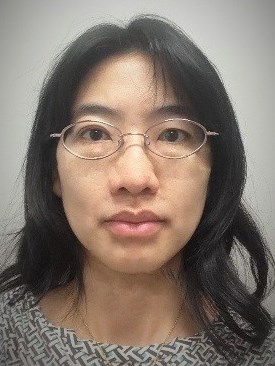 Research led by Hui-Yi Lin, PhD, associate professor of biostatistics at  LSU Health New Orleans School of Public Health, has developed another novel statistical method for evaluating gene-to-gene interactions associated with cancer and other complex diseases. The Additive-Additive 9 Interaction (AA9int) method is described in a paper published in Bioinformatics.

“This method can identify combinations of genetic variants for predicting cancer risk and prognosis,” said Lin, who is also the paper’s lead author.

AA9int is based upon another method Lin developed, SNP Interaction Pattern Identifier (SIPI), to identify interactions between single nucleotide polymorphisms (SNPs). According to the National Institutes of Health, “Single nucleotide polymorphisms, frequently called SNPs (pronounced “snips”), are the most common type of genetic variation among people. Each SNP represents a difference in a single DNA building block, called a nucleotide.  Most commonly, these variations are found in the DNA between genes. They can act as biological markers, helping scientists locate genes that are associated with disease. When SNPs occur within a gene or in a regulatory region near a gene, they may play a more direct role in disease by affecting the gene’s function.”

Although SNP-SNP or gene-gene interaction studies have been emerging, the statistical methods for evaluating SNP-SNP interactions are still in their infancy. The conventional approach to test SNP interactions is to use a hierarchical interaction model with two main effects plus their interaction with both SNPs as an additive inheritance mode. However, this approach tests just one specific type of interaction, which can lead to many false negative findings.

SNP Interaction Pattern Identifier (SIPI), the first statistical method to thoroughly search for meaningful SNP-SNP interaction patterns in cancer and other complex diseases, can detect novel SNP interactions that the conventional statistical approach cannot. SIPI evaluates 45 SNP interaction patterns. Its computational demands are large, however, which may not be desirable for large-scale studies. So, Lin and her colleagues sought a smaller version with fewer testing models but with similar power. They showed that a mini version of SIPI – AA9int, which is composed of nine interaction models – used only about 20% of computing time. More efficient and feasible for large-scale studies, AA9int is still more effective than the traditional approach.

“We found that AA9int successfully detected 72-90% of the SIPI-identified SNP pairs,” reported Lin. “Not meant to replace SIPI, but for large-scale studies, AA9int is a powerful tool that can be used alone or as the screening stage of a two-stage approach (AA9int+SIPI) to detect SNP-SNP interactions.”

“These identified gene-gene or SNP-SNP interactions increase our understanding of the biological mechanisms of cancer development and may improve cancer diagnosis accuracy and reduce cancer-related deaths in the future," Lin concluded.