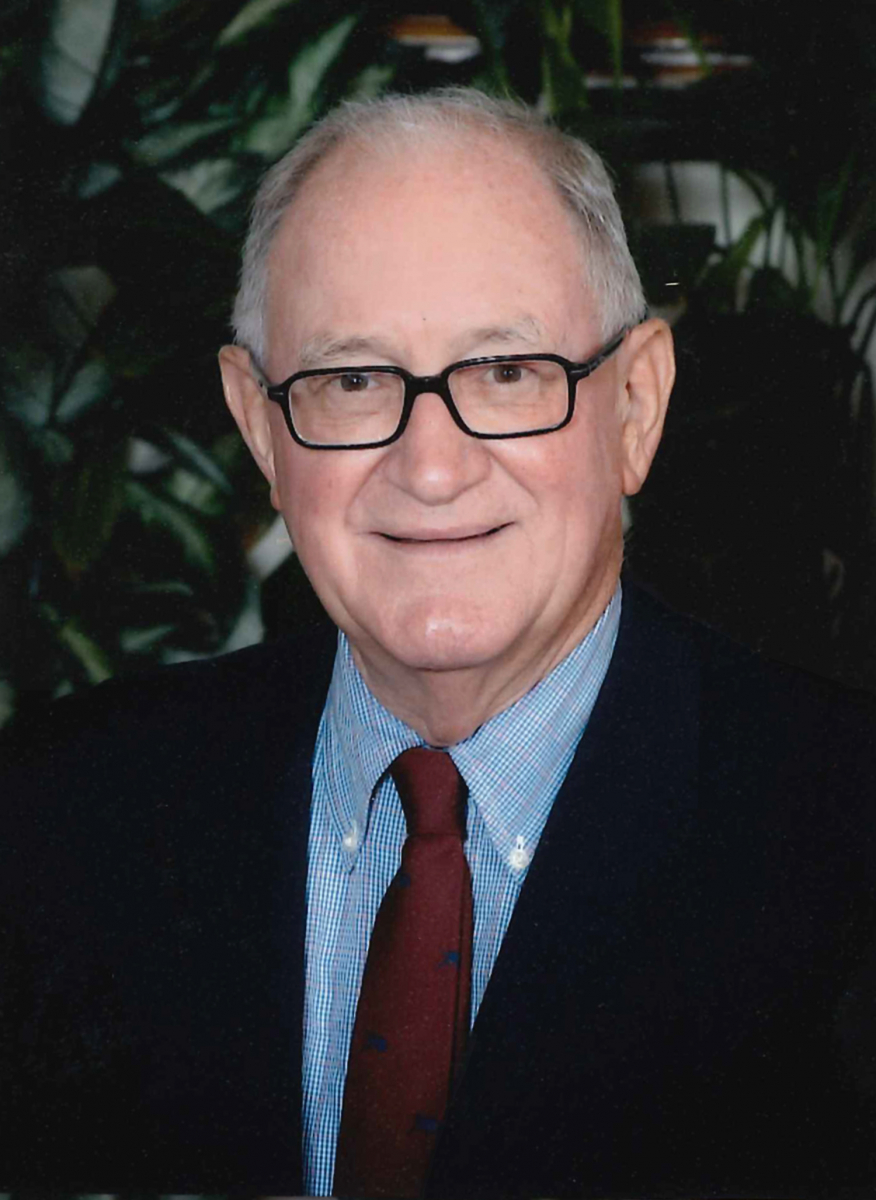 Following a brief illness, Perry Gardner Rigby, MD, who led LSU Medical Centers New Orleans and Shreveport campuses as chancellor from 1985-94, passed away at his home on May 10 at the age of 85.

During his tenure as chancellor, the Shreveport campus was under the administration of LSU Medical Center, now LSU Health Sciences Center New Orleans.

After stepping down as chancellor, Dr. Rigby served as director of Health Care Systems and professor of medicine at LSU Health New Orleans School of Medicine. He taught and mentored students, residents, and fellows until his death.

He was also chairman of the State of Louisiana’s Medical Education Commission and was considered to be a national expert in medical education, graduate medical education, physician demand and supply, and academic health centers during the turbulence of healthcare reform, and beyond.

During his tenure at LSU Health, Dr. Rigby filled a number of other leadership roles. In New Orleans, he was an associate director, as well as a director, of the Hematology/Oncology Fellowship Program. In Shreveport, he was an associate dean, acting dean, and then dean of the School of Medicine, as well as chairman of the clinical board. During his time in Shreveport, he also chaired the dean's committee for the VA Hospital.

“Dr. Rigby played a key role in helping LSU Health grow to achieve national prominence,” noted Larry Hollier, MD, chancellor of LSU Health New Orleans. “With his quiet, unassuming leadership style, he positioned the institution as a pioneer of innovation, promoting research synergy and productivity by pairing basic science with clinical practice through the development of centers of excellence.”

Perhaps the legacy closest to his heart will be the students, residents, and fellows whom he taught and mentored.

“He loved to teach,” said Dr. Donna Ryan, professor emerita of medicine at LSU's Pennington Biomedical Research Center in Baton Rouge, and former acting chancellor and vice chancellor at LSU Health New Orleans. “Nothing made him happier than going around with medical students and residents to see the patients and talk to them and teach the residents how to work up the patients who had blood disorders.”

Dr. Rigby was also a veteran of the armed forces, first serving in the United States Army Reserve and then on active duty as a US Army Captain and chief of the Department of Hematology at the William Beaumont General Hospital in El Paso, Texas.

In 1976, Dr. Rigby received an honorary DSc from the University of Mount Union. He has received numerous other awards throughout his career, including a Mentor of the Year Award by The Southern Society for Clinical Investigation in 2017. Also in 2017, Marquis Who's Who, the world's premier publisher of biographical profiles, presented Dr. Rigby with the Albert Nelson Marquis Lifetime Achievement Award. He was also honored as a laureate by the American College of Physicians in 2015, and received a Silver Anniversary Leadership Award granted by the College of Allied Health Professions at the University of Nebraska Medical Center in 1997. In 1987, Dr. Rigby received the Distinguished Alumni Award from Case Western Reserve University.

“Dr. Rigby was a highly respected teacher, scientist, and clinician who served LSU in a variety of important leadership positions over the years,” said Joseph Moerschbaecher, PhD, vice chancellor for Academic Affairs and Dean of the School of Graduate Studies at LSU Health New Orleans. “He leaves a proud legacy as a dedicated academician.”

He is survived by his wife, Barbara Commander Rigby; three sons, Peter and Matthew Rigby, both of Richmond, Va., and Thomas Rigby of Alexandria, Va.; a daughter, Martha Rigby Nelson of Middletown, Iowa; and 10 grandchildren.